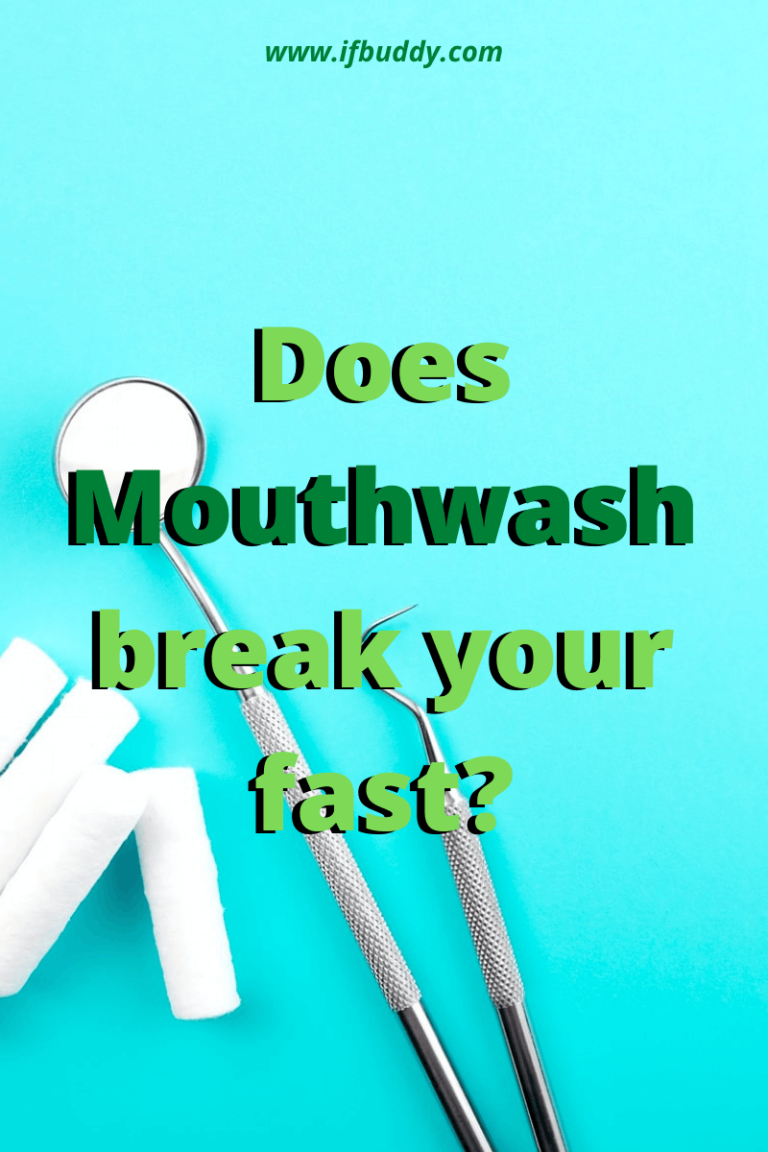 Intermittent fasting is a great diet for overall health. Most of these diets are clear on what you can and what you can’t eat. But what about other daily products, such as mouthwash? Obviously, it is an important addition to dental hygiene. Does mouthwash break your intermittent fast?

The short answer is ‘not really’. While some mouthwashes technically have calories, you are not supposed to be drinking them. You should rinse your mouth and then spit it out. Any leftover residue will be minimal and shouldn’t break a fast. If you’re truly worried you can take it one step further and rinse with water after the mouthwash.

So where did this question originate? What ingredients of mouthwash could break your fast? Let’s dive deeper into this topic and find all the answers.

Under most diets, breaking a fast means going over a certain number of calories, especially carbs. It may also mean eating or drinking something that stimulates the gut or that disrupts autophagy.

While mouthwash does contain ingredients that could do all those things if ingested, it’s not a product you’ll be drinking. If an accident does occur, and you swallow a bit of mouthwash, the world does not end. It is something that won’t happen every day.

Yes, there will always be some leftover taste, and probably with it some small residue. But, theoretically, the quantity shouldn’t be enough to cause an insulin response.

Another concern stems from a study that links mouthwash to prediabetes and diabetes. However, the cause is not the calories in the mouthwash, as there are no worries expressed about it causing an immediate insulin response. Instead, the issue comes from its antibacterial properties. Mouthwash doesn’t discriminate between good and bad bacteria, which means it can kill the good kind as well. Good bacteria are responsible for the production of nitric oxide. Why is that an issue? Because reduced levels of nitric oxide are associated with insulin resistance, which can then lead to diabetes.

What exactly is in the mouthwash?

The ingredients in mouthwash vary from brand to brand. Some have more natural ingredients and plant extracts, while others contain things like fluoride or even alcohol.

Fluoride is the most common ingredient in both mouthwash and toothpaste. Its role is to inhibit the growth of bacteria but also to protect enamel.

Antiseptic and antibacterial ingredients may also include benzalkonium chloride, thymol, or hexetidine.

Most mouthwashes also contain artificial flavors. These include menthol, usually derived from the peppermint plant, and methyl salicylate also known as wintergreen. Some also contain sweeteners. The most commonly used is xylitol, which has been proven to be beneficial for tooth enamel. Xylitol is also safe for diabetics, especially in small to moderate quantities, so you shouldn’t worry if you see this ingredient on your mouthwash.

Alcohol may also be used in mouthwash. Usually, this ingredient is clearly listed on the label, as some people don’t tolerate it very well as it can lead to a dry mouth sensation.

If you use a mouthwash that promises to help whiten the teeth, you’ll see it might contain hydrogen peroxide.

Finally, more natural mouthwashes are made from plant extracts and things like propolis, which is a known antibacterial substance. Some argue they may not be as effective, but if you’re trying to limit your exposure to chemicals, or you know you have an allergy to common mouthwash ingredients, a more natural one could be the best option.

What ingredients in mouthwash could break a fast?

Alcohol is a substance that will always break a fast. However, as you’ll see on the label of most mouthwashes that contain alcohol, they shouldn’t be swallowed. In other words, the risk of it breaking your fast is very small.

Artificial and natural flavors could also pose some issues. While they are generally calorie-free, they are not very well regulated by the FDA or other similar organizations. In other words, it is hard to know what exactly ‘natural flavors’ means and what substances were used to make them. Most of the time there is nothing dangerous, however, there is always a risk one of these ingredients may cause an insulin response or disrupt autophagy. Is it enough to just rinse your mouth with it for this to happen? That is highly unlikely, but if you’re worried, it’s worth keeping an eye on how you’re feeling.

Natural mouthwashes may contain more ingredients susceptible to break a fast. Some may even contain raw honey, which is a strong antiseptic, but it does have a lot of carbs that cause an insulin response.

Keep in mind that you need to swallow these substances for them to break a fast. Since most people don’t drink mouthwash, you should be safe. If you’re in a risk group, as shown in the study linking mouthwash and diabetes, you may want to talk to a doctor and try to use it just once a day.

Does mouthwash break your intermittent fast? Not unless you want to drink it. Taken separately, some ingredients in mouthwash do break a fast when ingested. Most people will not drink it, so you shouldn’t see a negative impact.

There is one study that links mouthwash to prediabetes and diabetes. The cause is not that mouthwash raises blood sugar directly. Instead, due to its antibacterial properties, it can kill good bacteria as well, which is responsible for the production of nitric oxide. Low levels of nitric oxide have been linked to insulin resistance, which is a precursor to diabetes.

In other words, no, mouthwash won’t break your fast, but in some circumstances, it may put you at a higher risk for developing diabetes, especially if you use it 2 or more times a day.

Finally, if you’re still worried about your fast and want to make sure you get zero calories, you can always rinse with some extra water immediately after the mouthwash. That way, you make sure there is no leftover residue of sweeteners or flavors that could disrupt autophagy.