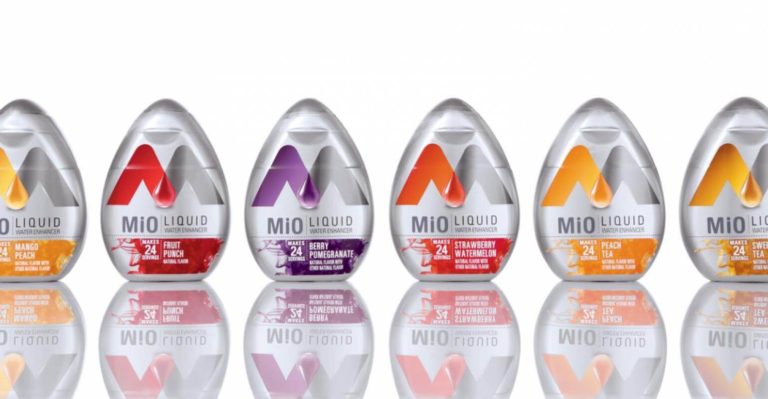 Let’s face it: drinking plain water can get a bit boring after a while. And with long fasts, you don’t get much variety. Sure, there’s tea and coffee, but they aren’t always the best for hydration. So you naturally may start thinking of flavored water. Will Mio break a fast?

If we’re looking strictly at the number of calories and carbs you’re consuming during your fast, then no, Mio will not break your fast. That’s because a squeeze contains under 1 gram of carbs, so it should not cause an insulin response. Don’t go drinking a whole container though, because in that case, you’ll be getting 9 grams of carbs, well above the limit in fasting. The answer also differs slightly based on the reasons you have for fasting.

So let’s take a closer look at how drinking Mio may affect your fast.

Mio is a liquid water enhancer. It comes in 4 versions:

The main ingredients in all 4 versions are water, sucralose, citric acid, sodium citrate, and gum arabic. Mio original doesn’t contain anything else, while the other 3 each come with a few particular ingredients. Mio energy also contains caffeine, Mio vitamins contains about 10% of your daily value of vitamins B3, B6, and B12, while Mio electrolytes contain, as the name suggests it, electrolytes.

Will Mio break a fast?

To answer this question, start by looking at the list of ingredients in the previous paragraph. Does your type of fast allow for those ingredients? If no, then you have your answer – you should stay away from Mio until your eating window begins. If you’re still uncertain about what is allowed and what isn’t, think of the reason why you’re fasting.

For instance, there’s a risk gut rest will be disrupted by Mio. In other words, if this is your fasting goal, then you can’t have Mio.

However, if you’re like the vast majority of people and are fasting for weight loss, Mio won’t break your fast, as long as you only have about one squeeze or one serving. A container has about 18 servings which will obviously break your fast. One serving, however, is under 1 gram of carbs and won’t be harmful to your fast.

Mio shouldn’t, in theory, cause an insulin response or a rise in blood sugar. However, the manufacturers advise anyone dealing with diabetes or blood sugar management issues to check with a physician before consuming their product. In other words, if one of your fasting goals is blood sugar management, be careful when using Mio. 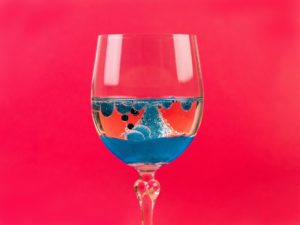 It all depends on their ingredients. Most of them use artificial (like Erythritol or Aspartame) or natural sweeteners, which are usually ok and don’t break a fast. In short, it all comes down to the number of calories and carbs. Can you stay under 1 calorie and 1 gram of carb? If yes, then you can have water enhancers.

Now that you established you can have a serving of Mio during your fast, you’re probably wondering about the side effects. This water enhancer is generally safe, but a few concerns arise, especially while fasting, but not only. 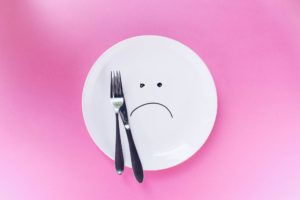 The one side effect all the four types of Mio have in common is that they may increase your appetite. This is a natural reaction the body has to anything that contains artificial sweeteners but no calories. Each time you taste something sweet, your body also expects energy, calories, and especially carbs. But Mio won’t give you any of that. If you were already craving sweets, Mio will help for a while. But after that, you may find yourself craving more and more sweets and feeling hungrier and hungrier. Not an ideal effect if you still have many hours of fasting ahead of you.

Will this effect be the same in the versions that contain caffeine and vitamins? It could be, yes. There are no medical studies regarding the effect Mio has on appetite. We can only go based on those that study artificial sweeteners, and these ingredients are found in all four versions.

It may cause digestive issues

Again, an effect that is mostly due to the artificial sweeteners in Mio. Side effects include nausea, diarrhea, gas, or stomach ulcer. The citric acid might not be well-tolerated by everyone, especially on an empty stomach. So if you feel any stomach pain after having Mio, it may be a sign you need to give it up or at least wait until your eating window.

Is Mio bad for your teeth?

This question usually surrounds both artificial sweeteners like () and citric acid. Research doesn’t give a definitive answer regarding the sucralose contained in Mio. Citric acid, however, may cause some erosion. Unless you drink flavored water and sugary sodas in excessive quantities, this shouldn’t be a concern. However, each person’s teeth are different, and there’s more than just citric acid in drinks that can lead to enamel erosion. In other words, use Mio in moderation and not as a daily staple.

Despite its side effects, Mio is not all bad. It can give you a boost of energy, especially if you use the versions with caffeine or, even better, the one with vitamins. Mio electrolytes can also be very beneficial if you do an intense workout and you need a little hydration boost.

As long as you use it in moderation, you shouldn’t experience any side effects. However, remember that as boring as it may be, nothing truly beats pure water when it comes to health benefits.

If you’re fasting for any other reason than weight loss, Mio will break your fast. Those who only want to lose fat but don’t care about gut rest or autophagy can enjoy a serving of Mio. Try not to make it a daily staple though, because it can have some side effects. Also, remember there’s a risk it will increase your appetite, so think twice before using it if you know you have a long fast ahead of you.

1 thought on “Will Mio Break A Fast?”