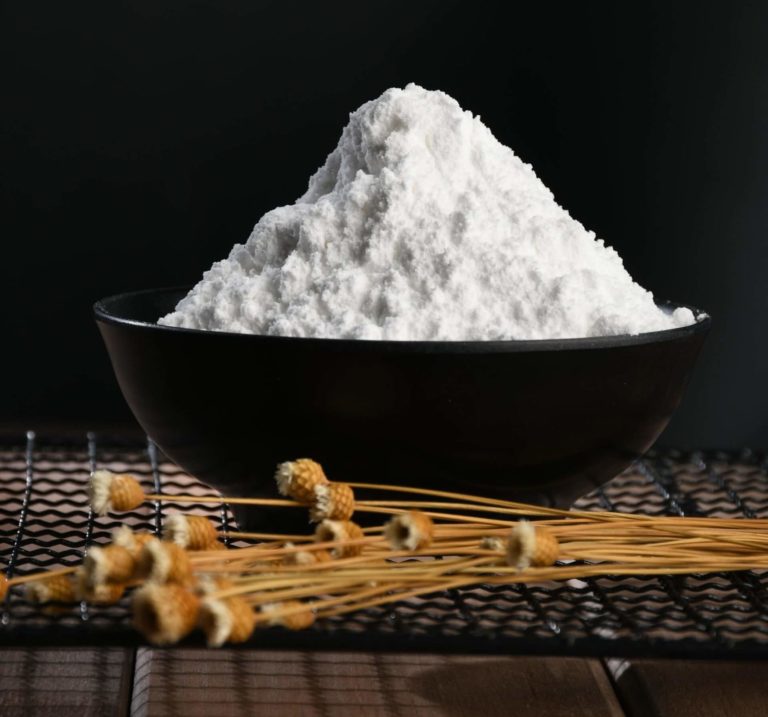 The topic of artificial sweeteners and intermittent fasting is a heavily debated one. Most of them have zero calories, so technically they shouldn’t break a fast, right? The answer isn’t always as simple. Even a zero-calorie sweetener can cause an insulin reaction, which means your fast will be broken. Where does erythritol stand? Is it ok to have? Does erythritol break a fast?

Let’s dive deeper into the topic and see how erythritol affects your body and your fast and whether it is safe or not to have on an empty stomach.

Does erythritol break a fast?

Erythritol is a sweetener that almost sounds too good to be true: it has almost no calories, no reported side effects and it tastes almost like sugar. It is a sugar alcohol, a category of sweeteners with a chemical structure similar to both sugar and alcohol. In reality, they are neither of those things.

Erythritol has 0.24 calories per gram. In comparison, normal sugar has about 4 calories per gram. Given the small caloric contribution, it’s safe to say it doesn’t break a fast and research seems to confirm this. One study shows that ingesting up to 0.8 g/kg of body weight, or about 22-50 grams for someone weighing 150 lbs, does not cause an insulin response as insulin levels remain almost unmodified.

However, despite the low calories and the almost nonexistent insulin response, erythritol does stimulate the digestive tract, which means, if you’re fasting for gut rest, you should avoid this sweetener. Studies show about 90% of erythritol gets absorbed in the gut, even though the percentage that is metabolized is much smaller. Not only that, but it stimulates the production of two peptides that are normally released in response to nutrient intake.

There is little research on how erythritol affects autophagy. However, since it has no proteins, it’s safe to assume it doesn’t affect it, so if this is your goal for intermittent fasting, you should be safe with small quantities of erythritol.

Does using erythritol in coffee break a fast? 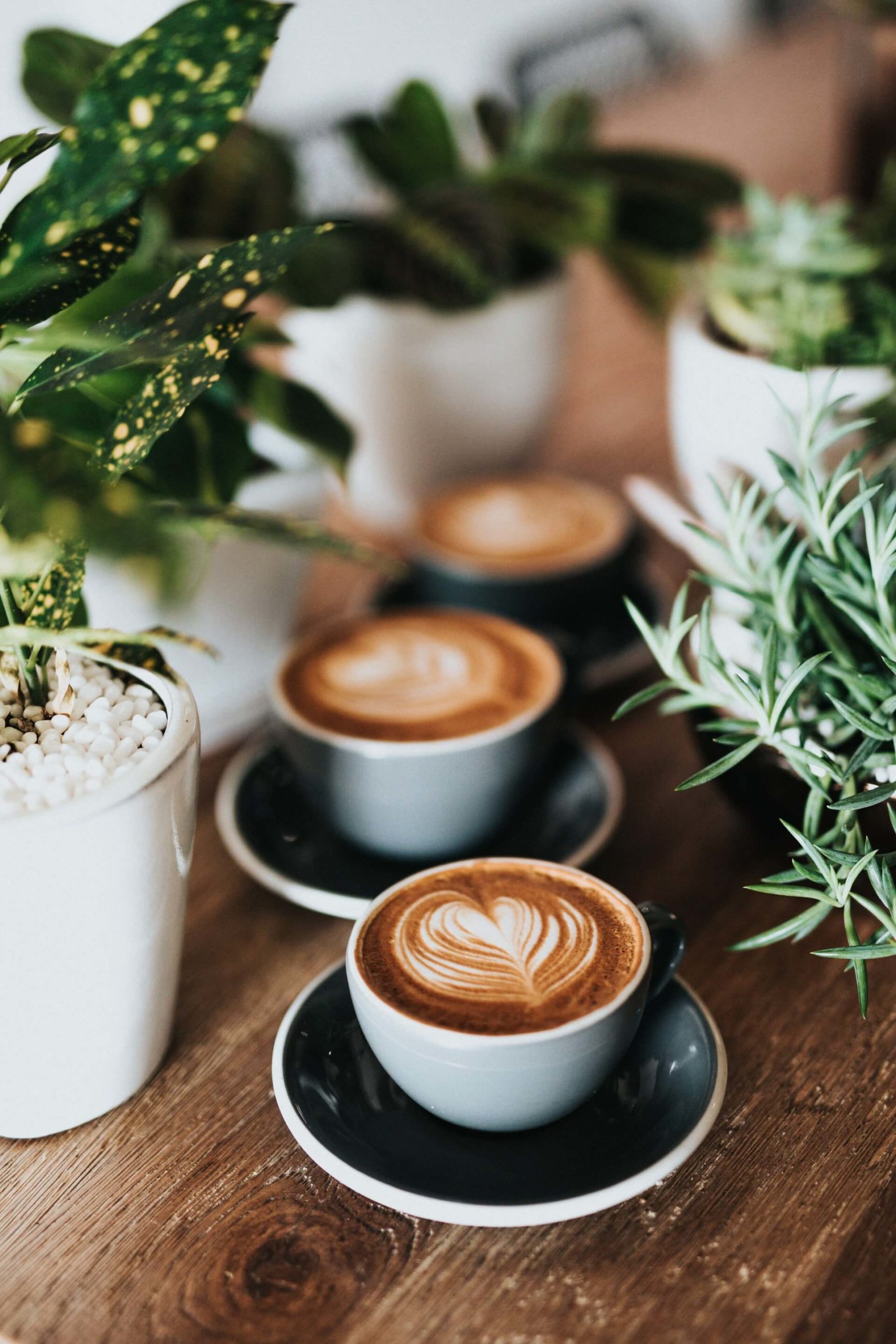 Those who are fasting for weight loss, blood sugar management, or autophagy won’t be affected if they use some erythritol in their coffee. As we saw earlier, using up to 0.8 g/kg of body weight won’t cause an insulin response. Most people will use much less in coffee, so your fast won’t be broken.

For gut rest, there’s always a risk your fast will be broken, no matter how small the quantity of erythritol is, so it is safer if you stay away from it.

Effects of erythritol on fasting

Now that you know what type of fast is broken by erythritol, you’re probably wondering if it has any other effects on your diet. What are its benefits? And is it really as safe as they say, especially when you’re using it in a fasted state?

Erythritol doesn’t spike your blood sugar. That’s partly because humans don’t have the necessary enzymes to break down this type of sugar alcohol. It also doesn’t have any effect on cholesterol or triglyceride levels or any other biomarkers. As a result, it can be safely consumed by people with diabetes, high cholesterol, and other similar issues.

There’s also another surprising effect. Erythritol might reduce the risk of heart disease. One study, conducted on diabetic rats, showed that erythritol consumption reduced the damage caused by high blood sugar on blood vessels. More studies are needed on humans, but the results, so far, are promising.

Studies on long-term use of erythritol haven’t found any worrying side effects, but that doesn’t mean it can’t cause some issues.

Its main side effect, one that most sugar alcohols have, is that it can cause digestive issues. In fact, sugar alcohols belong to a category of fibers known as FODMAP. That’s because due to their chemical structure the body can’t digest them. As a result, they reach the colon undigested and are fermented. This can sometimes lead to gas, bloated, or even diarrhea.

The good news is that erythritol is slightly different. It is the one sugar alcohol that is partly absorbed in the bloodstream before reaching the colon. That’s why about 90% of erythritol is excreted through urine. But, because part of it does reach the colon undigested, there is still a small risk of digestive issues.

The risk increases slightly during fasting. Your digestive system could become more sensitive to what you eat, so you could end up with some issues after erythritol. However, most people report no problems with small to moderate amounts. So if all you want is 1-2 tbsp in your coffee, chances are you’ll most likely be fine, unless you already have known medical issues such as IBD-D.

There’s also one rather worrying study that links high blood erythritol levels to fat gain. Before you completely ditch this sweetener though, keep in mind that the study refers to the consumption of fairly large amounts, so 1-2 tbsp every day or every other day should be safe.

In moderate amounts, erythritol will not break a fast if your goal is weight loss, blood sugar management, or autophagy. That’s because it doesn’t cause an insulin response and it doesn’t affect blood sugar levels, cholesterol, or triglycerides.

It is a generally safe sweetener, with few side effects in small to moderate amounts. Rarely, it may cause digestive upset, such as bloating, nausea, or diarrhea. When fasting, your digestive system might be more sensitive, so pay attention to how you feel after consuming this sweetener.

Another sweetener that you might want to consider is Stevia. I’ve also written an article about it.

Finally, if you’re fasting for gut rest, you should stay away from erythritol. Despite being eliminated mostly by urine, its consumption stimulates the digestive tract, so your fast would be broken.

4 thoughts on “Does Erythritol Break a Fast?”