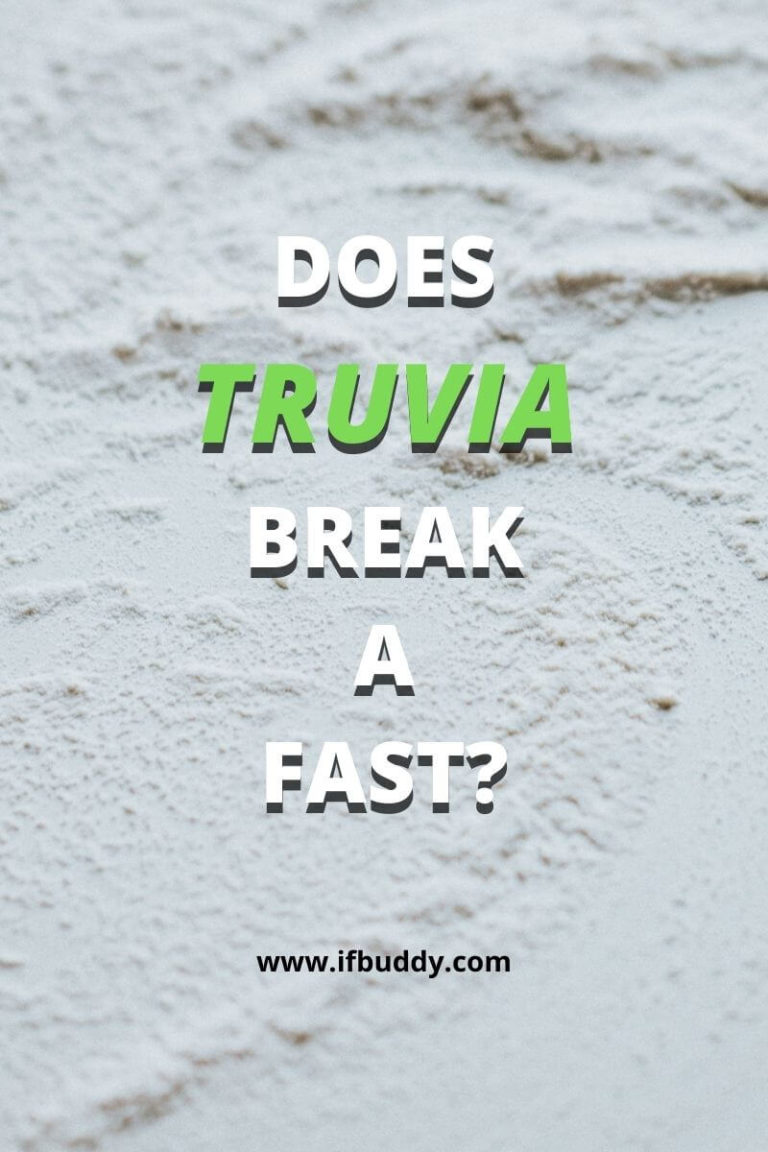 The topic of artificial sweeteners with zero calories is very intensely discussed by people who are trying to lose weight or eat healthily. In intermittent fasting especially, the topic of sweeteners is fairly intense. Truvia is the second most popular such product in the US. But does Truvia break a fast?

The answer depends on why you’re fasting and how much Truvia you’re having. For weight loss and autophagy, Truvia is mostly safe in low to moderate quantities as it shouldn’t cause an insulin reaction. If you’re fasting for gut rest though, you may be safer avoiding this sweetener until your eating window.

Let’s take a closer look at Truvia, its effects on the body, and how and when to use it if you’re fasting.

Truvia is a sweetener that was first introduced to the market in 2008. It has almost zero calories and is marketed as safe for everyone, including people with diabetes.

Many people think Truvia’s main ingredient is stevia, mainly due to how the manufacturers themselves present the product. In reality, Truvia contains 3 ingredients:

The presence of the compound rebaudioside A allows the company to market Truvia as a stevia-based product and make it seem like a healthier sweetener. In reality, the issue is stevia has two compounds: stevioside and rebaudioside A. All the health benefits you read about in regards to stevia, such as lowering blood sugar and blood pressure, are due to the stevioside compound, which is absent in Truvia. Rebaudioside A is simply responsible for the sweetness of stevia but comes with no health benefits.

Does Truvia break a fast?

Truvia’s main ingredient is erythritol, so the question comes down to whether erythritol breaks a fast or not.

If you’re fasting for weight loss or blood sugar management, you’re safe having a moderate quantity of Truvia. Due to its low-calorie and low-carb content, you’ll easily stay below the maximum 1 gram of carbs that are allowed during some fasts.

The problem comes with fasting for gut rest. About 90% of erythritol is absorbed in the gut, even though, because it is a sugar alcohol, only a minimal amount gets digested. However, when fasting for gut rest, you’re not interested only in what is metabolized, but in what can stimulate the gut and erythritol does that.

Keep in mind that while a lot is known about erythritol and rebaudioside A, there isn’t a lot of information about the ‘natural flavors’ contained in Truvia. These ingredients are only loosely regulated by the FDA, and Truvia doesn’t go into detail about what exactly they are. There are no studies to suggest they may impact blood sugar, but there is no telling how each person would react to them, so if you know you’re prone to food allergies, pay close attention to how you’re feeling.

Can I add Truvia to my coffee or tea? 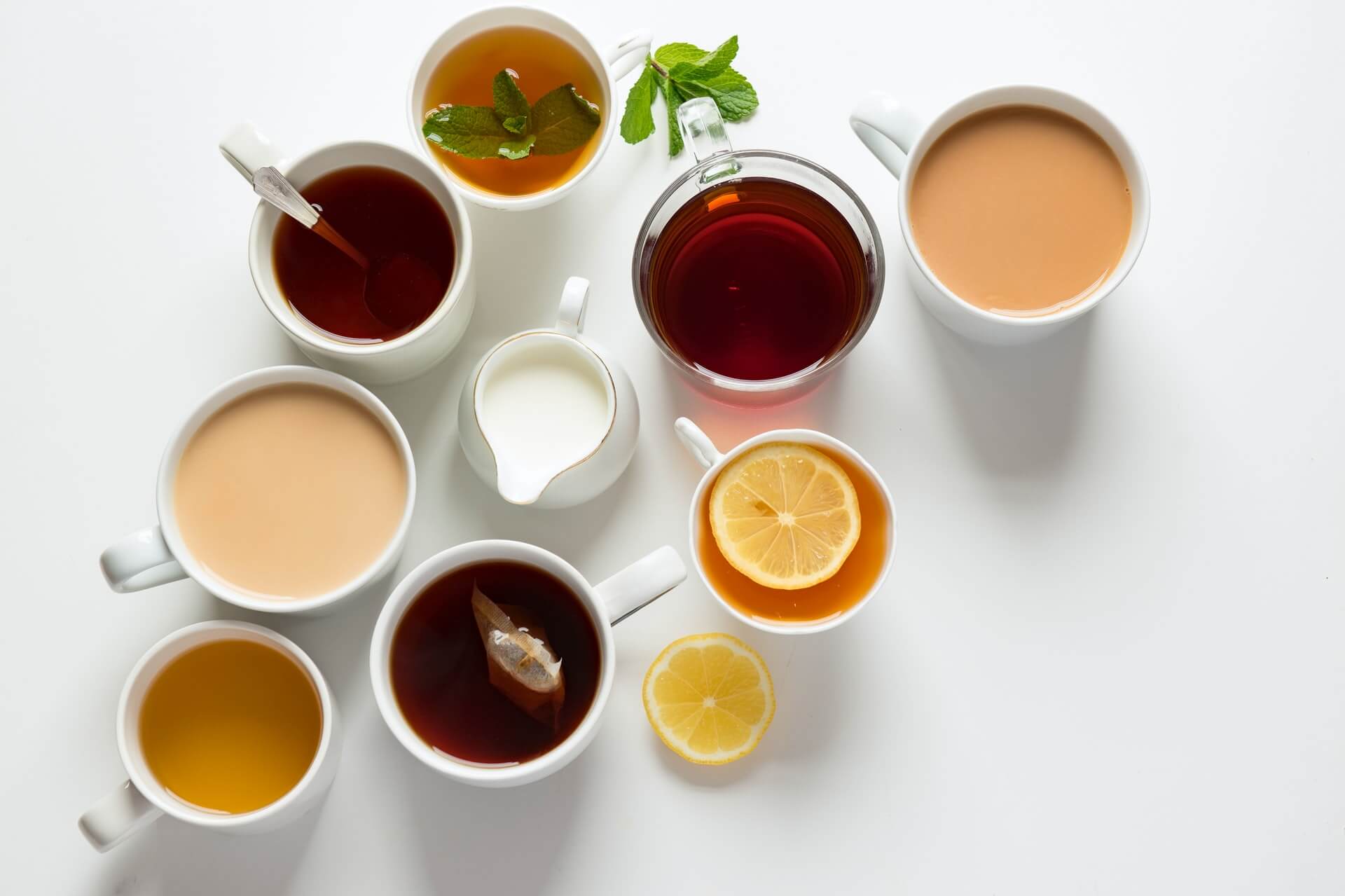 The same logic as before applies. During a fast, it all comes down to why you’re fasting. If it is gut rest, then the answer is ‘no, you can’t’. For weight loss or autophagy, adding some Truvia to coffee or tea is most likely fine and won’t break a fast.

Does Truvia cause weight gain?

Since it has almost no calories, Truvia shouldn’t, at least in theory, cause weight gain. Studies on the product are limited, and the ones that do exist were funded by the manufacturing company, so it’s safe to say they aren’t the most reliable. We can, however, look at studies regarding the main ingredient, erythritol.

A study published in 2017 at the Cornell University, states that erythritol is a biomarker for fat and weight gain. It is a surprising study because previous research claimed that  erythritol  is metabolized, and, in healthy individuals, shouldn’t lead to weight gain.

Also, keep in mind that all sweeteners, both artificial and natural are linked to an increase in appetite. That’s because your brain is ‘programmed’ to expect energy and carbs, each time you eat something sweet. Since these sweeteners have no calories, you’re not actually getting any energy from them. Your brain and your appetite may be tricked for a short period, but it can all backfire quickly, leaving you hungrier than ever.

In other words, starting your day with a coffee with Truvia in it may not be the best idea if you know you still have many hours of fasting ahead of you. Appetite regulation is, however, extremely subjective, so it is up to you to figure out if having a sweet drink in the middle of your fast will help or not.

Does Truvia cause diarrhea?

It certainly can, but it won’t for everyone. The main side effect of erythritol is that of digestive issues, especially diarrhea. Like everything, this will vary from person to person. If you know you’re prone to such problems and especially if you suffer from conditions like IBS or IBD, it might be safer to stay away from Truvia.

Using sweeteners on an empty stomach during a long fast increase your risk of digestive issues, so pay close attention to how you feel after having it. Ideally, start with a very low dose and, if you don’t experience any issues, you can try and increase the dosage next time.

Does Truvia cause gas?

Gas is part of the digestive issues that erythritol can cause and since that’s the main ingredient in Truvia, you may certainly experience it. However, for most people, this shouldn’t be an issue, especially if you consume it in moderate amounts. Again, if you have issues like IBS and IBD, use Truvia, and any other sweeteners, with caution.

Other Truvia side effects

Digestive issues are the only reported side effect of erythritol. So on top of diarrhea and gas, there’s a risk of nausea, bloating, or cramps.

Studies regarding rebaudioside A are scarce and don’t offer any definitive answers, but considering that stevia is one of the best-tolerated sweeteners, we can assume its compounds, even when isolated, are safe as well.

Does Truvia break a fast? Not if you’re fasting for weight loss, blood sugar management, or autophagy. Yes, if you’re fasting for gut rest. Also, remember there’s the risk that all sweeteners could make fasting a lot harder because they may increase appetite. Truvia is generally a well-tolerated product, but side effects may appear, so use it in moderation.