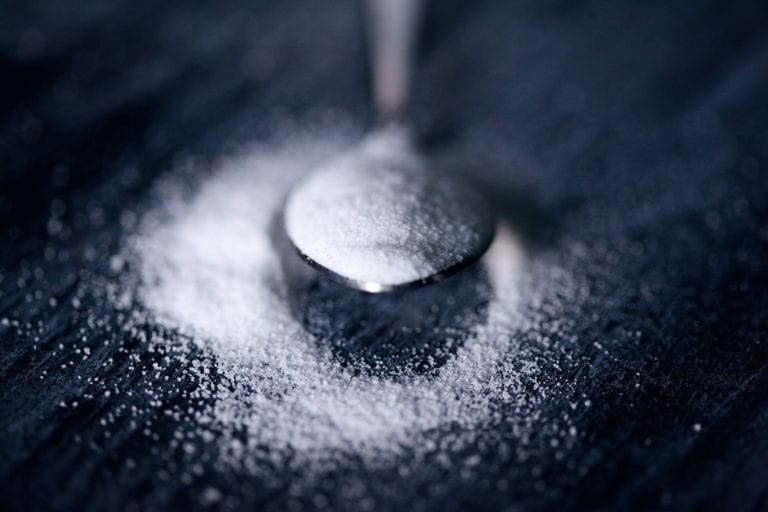 To break your fast, you need to consume calories that start the digestion progress. Since stevia is a no-calorie sweetener it is safe to say that it does not break your fast.

But it could make you break your fast if you consume it only very few times a month. Keep reading to find out more about the side effects and benefits of stevia, when to consume it, and which brands you should buy it from.

Stevia is a no-calorie sugar supplement, used to replace normal sugar. It is considered to be 200 times sweeter, and yet still have the same concentration as sugar. Stevia can be used to treat illnesses and could also benefit diabetic people. Some studies even suggest that it might come with some side effects – but they are not backed enough to be 100% sure.

Unlike other sugar substitutes, stevia is 100% natural. It is made from the stevia leaf, which is similar to popular garden flowers like asters and chrysanthemums. Stevia is produced by extracting steviol glycosides from the leaves of the stevia plant. They get purified after that to remove some of the bitter attributes and to make it sweeter.

Over the years Stevia has become one of the trendiest sugar supplements for intermittent fasting. It is generally recommended for beginners as well as people who plan to do intermittent fasting over a longer period of time. This is because it makes your fasting much easier by providing you with an acceptable sugar replacement.

What’s the difference between sugar substitutes and sugar?

Sugar is the name for a sweet-tasting carbohydrate which can be found in food. Sugar has calories and contributes solids to nutrition, which impacts the mouthfeel and consistency of many dairy products.

Sweeteners provide a similar taste like sugar and are often multiple hundred times sweeter. They usually have zero-calories, and some (like stevia) are produced naturally.

Both sugar and sweeteners can be used in various food items, like cakes, or all-day nutrition like toast. You can add them to beverages like coffee or tea for a more sweet taste.

Why does Stevia not break my fast?

Some stevia products can also be used for baking. While this doesn’t mean you can eat a cake during your fasting window, it may keep your calories down during your feeding window. This means you can allow yourself more of the sweet stuff, considering it was produced with stevia instead of sugar.

Sweeteners that will break your fast

Why does Stevia not break my fast, but other zero-calorie sweeteners do?

That’s something I asked myself the first time I heard about stevia. Before, I’ve only read that sucralose may spike our insulin – even though it is calorie-free.

The answer is pretty simple. Sucralose is an artificial sweetener. That means, while they are zero-calorie, they do have a very similar taste to sugar. Great, right? Well, not so fast.

There are different opinions on this topic, caused by studies that show very conflicting results. But I think it is safe to say, that if you consume sucralose on a regular basis, you’re good to go. Over time your body will get used to it, and understand that it is calorie-free.

Whereas if you only consume it very few times in a month, your body won’t understand that it is a zero-calorie sugar supplement. According to this paper, your body will think it is sugar because it smells very similar. Due to that, your body will go into preparation-mode to break down the incoming “sugar” – and as a result release insulin, which breaks your fast. This will then count as dirty fasting (What is Dirty Fasting?). This is not bad if you’re striving for weight loss over the long-term! Click here to find out what dirty fasting is and whether or not you’re doing it (without even knowing).

What benefits does Stevia have?

One of the best benefits, and probably the benefit that most people want, is that it contains no calories. (nonnutritive sweetener)

Stevia is 200 times sweeter than sugar, yet still contains the exact same concentration.

According to this study, it has the potential to treat all kinds of illnesses. Some of them are obesity, diabetes, and hypertension.

Another study suggests that stevia could benefit people suffering from Type 2 diabetes. But more research is needed to give a definitive answer.

Even though it has no calories, stevia leaves you full and satisfied after eating a meal. This contradicts the previous assumption, saying that it will make you have lower energy.

A 2009 study says that stevia may help to manage cholesterol, with no negative side effects. Cholesterol is a type of fat that your liver produces. They can also be achieved through daily foods you eat, for example, meat, fish, cheese, eggs, or butter.

What side effects does Stevia have?

With all those amazing benefits, you should know that stevia could have side effects. There are multiple studies claiming to prove the opposite of the same effects, so be careful when deciding who to trust. Two side effects that made sense to me are the following ones.

A study done with rats once found that low-calorie sweeteners led the animals to overeat. However, this result was only noticed in rats younger than 4 weeks. The author then claimed that people who use artificial sweeteners could suffer from health problems associated with excess sugars (for example metabolic syndrome).

Yet a 2010 study proved the opposite of the study done with rats. It came to the result, that the participants (humans) did not overeat while consuming regular sugar. On top of that, blood sugar was lower after a meal made with stevia than with regular sugar. The study could also see lower insulin levels.

Stevia should not be consumed along with medications. When used together, blood sugar may get lower. This is why it is advised to consult a qualified health care professional (like a doctor or a pharmacist) in advance.

“The energy ‘saved’ from replacing sugar with non-nutritive sweetener was fully compensated for at subsequent meals in the current study.”
– Siew Ling Tey, researcher at the Agency for Science, Technology and Research in Singapore

What are the best stevia sweeteners?

With so many stevia brands out there, it is kind of hard to figure out which one to buy. I have used three products and want to give a quick review. 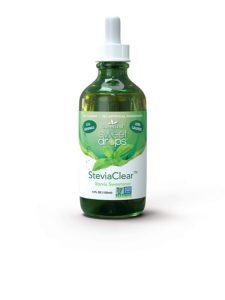 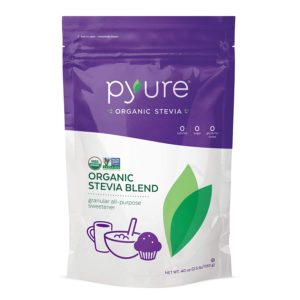 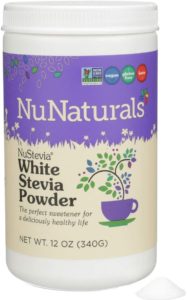 How to use Stevia during fasting

Stevia can be used during fasting to give your beverage a sweet taste. Use it for your desire. There is no need to put stevia into a coffee, but if you like your coffee sweet you can go ahead and do so. You can also put it in a zero-calorie drink.

If your brand is labeled for baking, you can use it instead of sugar.

Also, be careful when buying stevia from your local grocery store. Lots of companies add in some kind of sugar that will break your fast. Often times it is not labeled as sugar and it is one of the sugar aliases.

You can use stevia to solve problems you might experience over the long-term. I think a sweetener, no matter whether or not stevia, will help you to stay consistent with intermittent fasting. Since it is proven not to break your fast, you can go ahead and experiment with it.

If you feel like you don’t have the need for a sweetener, even better. But in case you start to struggle after a few weeks or months, you should definitely consider it.

11 thoughts on “Does Stevia Break a Fast?”