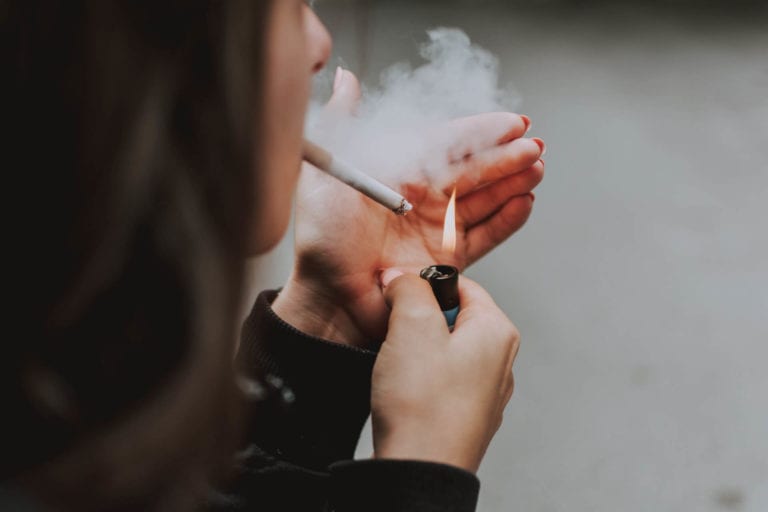 Intermittent fasting is the diet everyone is talking about these days. For some people, the thought of abstaining from food for too long, or skipping breakfast or dinner feels hard. But some have a completely different concern: does smoking break a fast?

Smoking does not break a fast. The very basic definition of a fast is a period where you get no calories, and thus there’s no insulin response. Cigarettes, nicotine, have no calories and cause no insulin response, therefore the fast isn’t broken. However, smoking, especially when fasting may not be the best idea, especially during a long fast, due to the negative impact it can have on your health.

Let’s take a deeper look at the pros and cons of smoking during a fast.

Does smoking break a fast?

Because it causes no insulin response and has no calories, smoking doesn’t break the fast. Of course, a lot depends on why you’re fasting. If you’re doing it for health reasons, to lose weight, or to help manage blood sugar, smoking won’t impact the results. However, during religious fasts, such as Ramadan, smoking is forbidden.

Another word of caution is needed regarding certain cigarette brands. Believe it or not, some have sugar in their composition! The amount in a cigarette is usually not enough to cause an insulin response. However, it might go against the principles of fasting and could count as dirty fasting. If you’re worried, your safest bet would be to go for natural tobacco with rolled cigarettes.

Is nicotine while fasting beneficial?

We know all about the side effects smoking has and how it generally impacts health. But does nicotine have any benefits while fasting?

The one benefit people often refer to is that it helps curb your appetite and hunger. And we all know that especially when you’re just starting intermittent fasting, hunger and cravings can be a real problem while your body adjusts. (There are other ways to make IF easier though)

Another potential benefit is that smoking releases dopamine, a hormone that is also released when eating foods high in sugar. This could help you manage cravings easier, something most people need help with when fasting.

Nicotine is also known to increase metabolism, so you might be tricked into thinking, it’s the perfect combination if you want to lose weight. You should know that this benefit does come at a price. Nicotine does increase your metabolism, but it also raises your blood pressure, which is why smoking is so often associated with heart conditions.

In other words, there are little benefits to nicotine while fasting and they are all counterbalanced by some serious side effects. 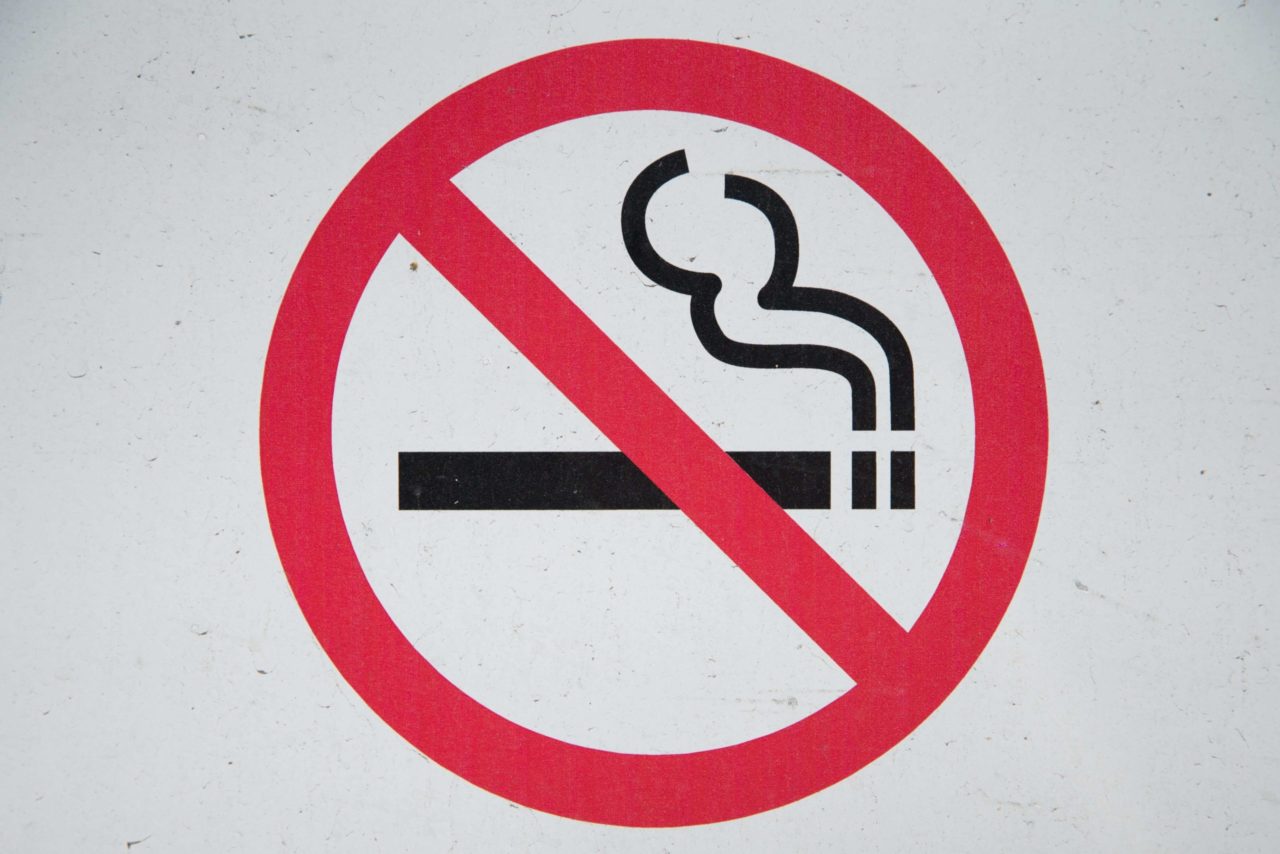 Fasting in and of itself will not help you quit smoking. However, a diet like intermittent fasting requires a lot of discipline and even willpower. And since quitting smoking is first and foremost about exactly those things, fasting may help you acquire the necessary mentality to eventually quit.

Since you abstain from food, you might also be avoiding certain ques. For instance, many people like to smoke immediately after they eat. So, if you’re not eating, you’re avoiding that trigger.

And if you try to abstain from smoking while you fast, then you could use that as a means to get used to fewer and fewer cigarettes each day. For instance, if you fast until noon, you could try to extend your ‘no smoking’ rule until 1 p.m. Once that becomes easy, try extending that period with another hour, until you completely quit smoking.

Nicotine during a fast – what are the risks?

The answer depends mostly on the length of the fast. During a simple 16/8 intermittent fast, smoking affects your body as it normally would any other day. During longer fasts, you risk experiencing various side effects, including dizziness, nausea, a blood pressure fall, vomiting, and more. The longer you fast, the greater the danger, because your body could start using the chemicals in the cigarettes as nutrients. Of course, everyone reacts to fasting differently, and some people may begin experiencing some of these symptoms even on the 16/8 method.

There’s also the issue of nicotine and blood sugar management. While research proves smoking causes no significant change in blood sugar levels, the fact remains that it is a known cause of insulin resistance.

In other words, nicotine, in any form, can lead to a blood sugar imbalance. So, while it may not immediately affect your levels enough to take you out of the fast, in time, the impact will be a negative one for your health.

Can you smoke while fasting for blood work?

If you ask doctors, you’ll see the opinions can be divided. Some believe smoking elevates your blood sugar. Therefore, they don’t recommend it, for instance, before blood work, when you need to be in a fasted state. However, research shows a different story.

A study analyzed 24 subjects who smoked two-thirds of cigarettes in 60 minutes. Their fasting blood sugar was analyzed before and after they smoked the cigarettes. Results showed there was no significant rise in blood sugar levels.

Is nicotine gum while fasting allowed?

Again, the question comes down to what effect the product has on blood sugar. If cigarettes do not increase blood sugar levels, the same can’t be said about nicotine gum.

Of course, a lot depends on the content, what other ingredients are there except for the nicotine? Often, nicotine gums contain sweeteners such as xylitol or/and sorbitol. While these sweeteners have a low glycemic index compared to sugar and are OK even for people with diabetes, they may still trigger some insulin response. And with that, you break the fast.

In other words, read the label carefully and if you have any doubts, avoid nicotine gum while fasting.

Can you lose more weight with nicotine gum?

There is no evidence of that. Yes, smoking might make you lose weight. Or at least, it is well-known that many people end up gaining weight when they stop smoking. But that has more to do with the fact that smoking suppresses your appetite and may even change the taste of food. When you remove this habit, you find yourself with two issues.

Nicotine gum, on the other hand, doesn’t change the taste of food. It might replace snacking, but it also brings a few other issues.

On one hand, there’s the issue of the artificial sweeteners we talked about before. Especially when you use nicotine gum in excess or on an empty stomach, these sweeteners may increase your appetite.

On the other hand, chewing any gum increases stomach acid. While many people think chewing gum is a good way to trick their brains into craving less food, in time, the excess stomach acid will make you feel hungry.

Can I use a nicotine patch while intermittent fasting?

Nicotine patches, like cigarettes, do not cause an insulin response, so you will not be breaking your fast if you use one. If you’re fasting for long periods of time, you are susceptible to the various side effects nicotine can have when you’re not eating, such as dizziness, nausea, increased heart rate, and more.

Is vaping while intermittent fasting allowed? 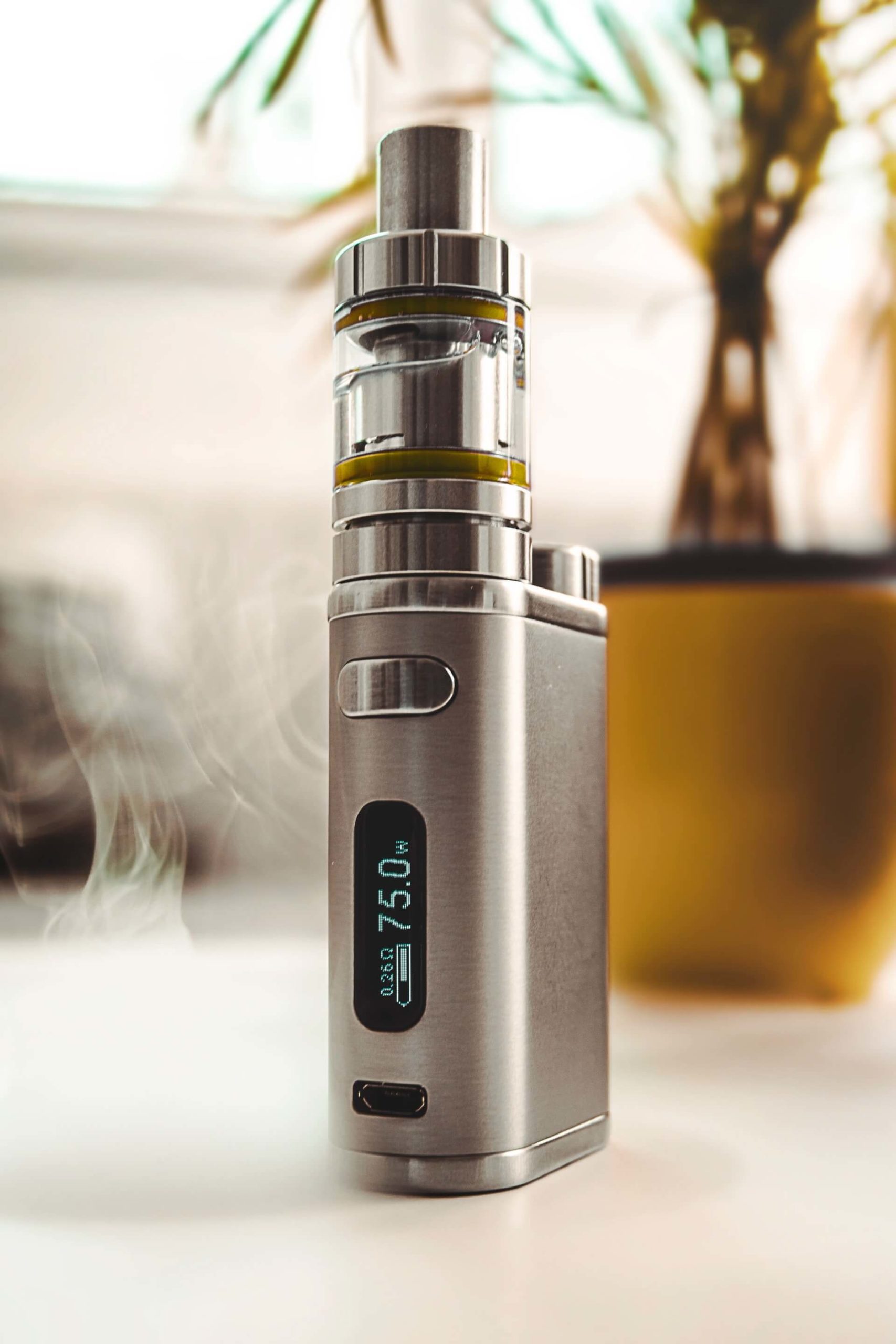 The answer depends a lot on the brand you’re using. Some of them contain artificial sweeteners such as sucralose. This sweetener has a minimal impact on blood sugar, but since the impact exists, it could be considered breaking your fast. If your brand uses sweeteners, make sure it’s a natural one, for example, Stevia.

Smoking does not break the fast, but that doesn’t mean it won’t have an impact on your health. Yes, it may help control cravings and even increase your metabolism, but all that comes at a cost. Risks include elevated blood pressure and hemoglobin A1C. When fasting, some side effects of smoking could be dizziness, nausea, or vomiting.  The longer the fast, the greater the risks.

Other forms of nicotine aren’t without risks either. Gums and vaping are usually not allowed while fasting, as they contain artificial sweeteners that may trigger an insulin response. On top of that, contrary to popular belief, the gum could make you gain weight. The patch, like cigarettes, doesn’t trigger an insulin response, but a high dose of nicotine in a fasted state could still pose risks.

In short, if your only concern is breaking the fast, then smoking and the patch are your way to go. However, if you’re doing intermittent fasting to improve your health, you should aim to give up smoking at least during your fasting window.

1 thought on “Does Smoking Break a Fast?”