Intermittent fasting is one of the most popular diets at the moment. And one of the big questions around it is “what breaks a fast?” Most people are clear on the fact that sugars and artificial sweeteners (not natural sweeteners like stevia) are not good during a fast as they cause an insulin response. But what about sodium and electrolytes? Does salt break a fast? The answers are truly divided.

There are plenty of benefits to consuming sodium and electrolytes as they are needed for your body to function correctly. Also, salt doesn’t have any calories, and it shouldn’t cause an insulin response, therefore most experts agree it doesn’t break the fast. However, electrolytes could help boost your energy, and some formulas come with several minerals, which is why some people see them as breaking the fast.

But what really lies behind all this debate? Is sodium OK during a fast? Will it cause more harm than good? And if it is OK, how much can you consume? Let’s take a deeper look at this topic.

Does salt break a fast?

Breaking a fast happens whenever you consume something that induces an insulin response. Any food will do that, but also drinks containing sugar, carbs, or even some artificial sweeteners. The goal is to get your body to use fat instead of glucose for energy. And as long as you’re not giving it any sources of glucose long enough, this will happen. Sodium has no calories, it doesn’t cause an insulin response, which is why it won’t break the fast.

In fact, some drinks that naturally contain sodium are recommended with many intermittent fasting diets. The most common one is bone broth, a source of nutrients and electrolytes that is allowed in most fasting methods along with water, tea, and coffee.

Why salt isn’t recommended during a fast

Let’s take a look at the arguments of those who feel that salt does break a fast.

The most common way to get salt while you fast is through electrolyte drinks. On top of sodium, these drinks also have ingredients like potassium, magnesium, zinc, or calcium. This is where the first problem comes: if you’re drinking something that gives you so many minerals, are you still fasting? Even if your drink contains only sodium, that’s still a mineral and it may go against some of the principles of fasting which implies abstaining from food, and therefore from any nutrients, minerals, or vitamins.

Also, if you’re getting your electrolytes through a drink like Gatorade, you can be sure your fast is broken. However, that doesn’t happen due to the sodium, but to the other ingredients in your drink.

How much salt can you consume during a fast?

According to the current dietary recommendations and the Institute of Medicine, an adult should consume around 1.5 grams of sodium per day and no more than 2.3 grams. Others argue that it can go up to 3.5 grams, but no official recommendation has been made in this sense.

Why is sodium so important?

Sodium is an essential mineral to the human body, and it gets depleted quickly, even in those who do not fast. The problem worsens if you also workout during your fast because sweating makes you lose electrolytes.

Sodium is easily depleted from the body, and symptoms include:

In other words, if you often feel dizzy, lightheaded, or have frequent headaches during your fast you might be in one of two situations. First, you might be experiencing symptoms of hypoglycemia. In this case, you’ll probably also feel shaky, hungry, and you’ll start experiencing strong cravings especially for sugar. Second, your symptoms might mean you’re low in sodium.

Muscle cramps or spasms that happen during your fast, either when you workout, after your workout, or even just out of the blue, are another sign of sodium deficiency. For this reason, if you workout during your fast and you don’t break it immediately after, you should use an electrolyte drink to replenish what is lost through sweat.

Sodium, along with the other electrolytes, helps various processes in the body:

In other words, sodium plays a role in many vital functions. It is processed mainly through the kidney, and a lot of it is also lost through sweat. That’s why all sports drinks contain not only sugar but also sodium.

When consumed in excess, salt can have several side effects. It can cause you to retain water, making you feel like you’re gaining weight no matter what you eat. It can also cause blood pressure issues. We will talk more about these two side effects in the following sections, as they are the most common complaints when it comes to sodium consumption.

If you suffered or have suffered from kidney issues, sodium should also be consumed in very limited quantities. Finally, if you are on any prescription medication, you should also ask your doctor about how much salt you should include in your diet. That’s because some medication requires a low-sodium diet.

Will salt raise your blood pressure?

The link between salt and high blood pressure has been known and proven for a long time now. This problem is especially prominent in those who already have elevated levels, but it may lead to an increase in healthy people as well.

The connection was first identified in 1904, but the first palpable proof came in 1948 when a study on 500 people showed a low-sodium diet leads to a decrease in blood pressure.

The largest study on this topic, the Prospective Urban Rural Epidemiology trial (PURE), analyzed over 100,000 people from 18 countries from across the globe. This research showed that those who consumed over 7 grams of salt per day had significantly higher blood pressure than those who ate a low-sodium diet. The risk of heart disease also seems to be higher in those who consume over 3 grams of salt per day.

However, research also shows that not everyone reacts in the same way when consuming sodium. Those more susceptible to side effects include people with diabetes, kidney disease, older adults, and African Americans. Young, healthy adults will not experience these side effects immediately, though prolonged overconsumption may have detrimental effects on anyone.

Does salt make you fat? 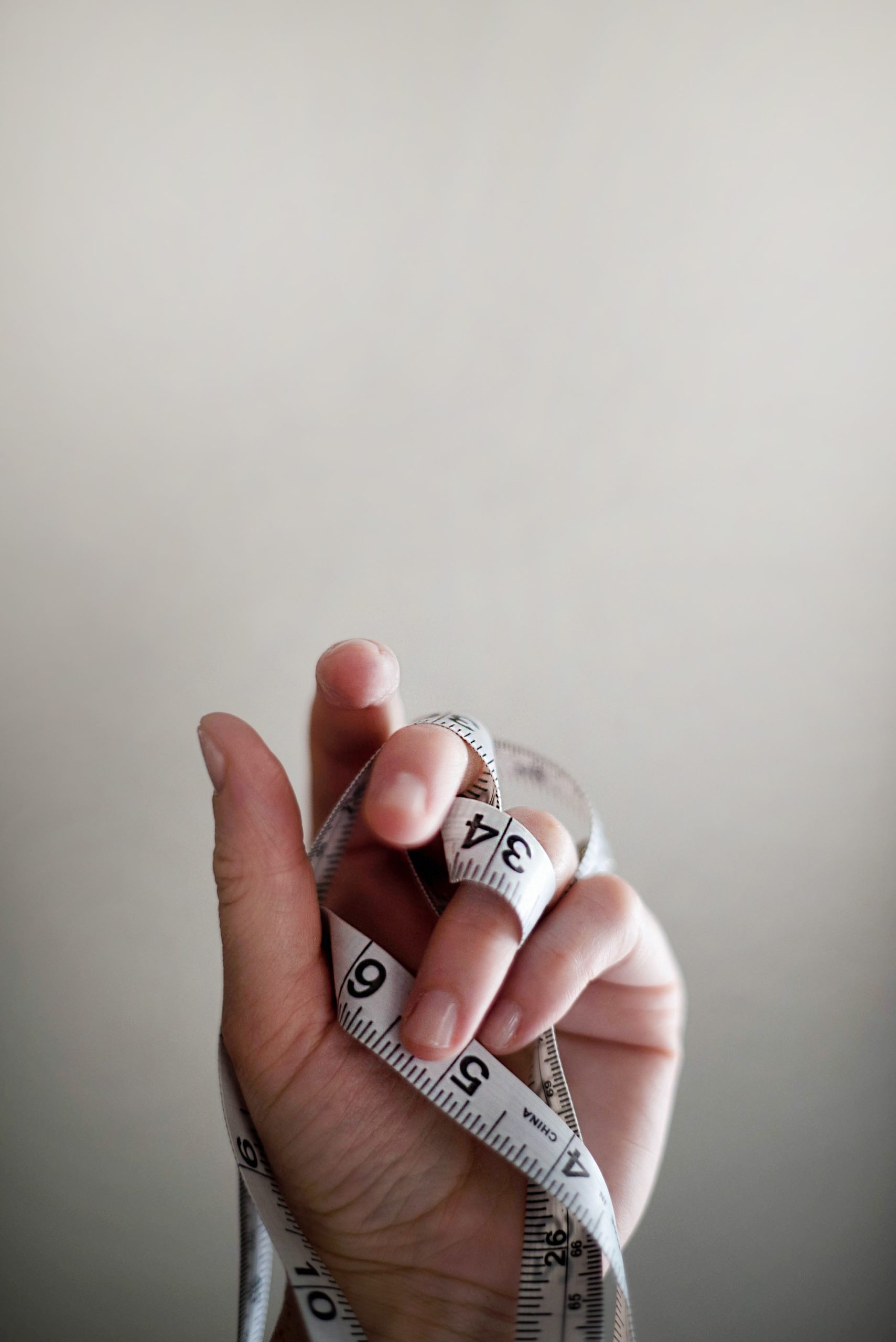 We know from above that salt does not break a fast. This means salt has no calories, so it technically can’t make you gain fat. What it can do is cause water retention.

Water retention is a natural mechanism that takes place in the body when you eat salt. To maintain a fluid balance, your body retains water. A lot of it! For example, for just 400 milligrams of salt, your body will retain about 4 cups of water! Believe it or not, the solution is not to stop drinking water. It is quite the opposite. Have you ever noticed that after you eat something salty (for example popcorn) you get very thirsty, much more than you do after eating something sweet? That’s just your body’s way of try to maintain a healthy fluid balance.

The problem is that most people nowadays eat too much salt and drink too little water. I mean, when was the last time you drank 4 cups of water after a meal that head 400 milligrams of salt? For reference, 1 store-bought burger can contain about 500 milligrams of sodium!

In short, if you feel you’re retaining water due to sodium intake you have two solutions: you either cut down on the salt or you drink more water. Drinking more water helps your body flush out excess sodium, recreating the proper fluid balance in your diet.

There’s also another surprising fact to consider. Even though salt has no calories, a high-sodium diet seems to come with more body fat, especially around the midsection. That’s usually because foods high in sodium are also very unhealthy. Think of potato chips, fast food, and even pizza. Any diet that is high in those types of foods will be linked to a higher body fat percentage!

Sodium is a mineral that is both essential for your health but can also have severe side effects if consumed in excess. When fasting, it is easy to find yourself experiencing low-sodium symptoms, as this mineral is very easily depleted from the body.

Going back to the main question “does salt break a fast?” we can say the short answer is “no”. As long as you don’t take it from an electrolyte drink that also comes with artificial sweeteners and flavors or other ingredients that can cause an insulin response, then your fast will not be broken.

1 thought on “Does Salt Break A Fast?”